In a flurry of activity, the last three AFV are completed. I still have a couple more to go, but those are oddities like an interwar armoured car, and a civilian lorry, plus a motorcycle combination and a Kettenkraftrad.The mc/combo and Kette are best treated as infantry I think, as the bulk of the painting is the riders.

I have been experimenting with the Tamiya weathering powders, but I am not convinced. If they were static models, that would be fine, but wargames models are to be handled, so the powders come off, and if you try to seal them, they tend to 'vanish'.  Anyway, here are the glamour shots. 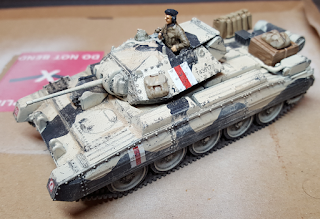 In hindsight, I think it would have looked better had I put the larger recognition flashes on the fenders and the smaller ones on the turret.. ho hum.. 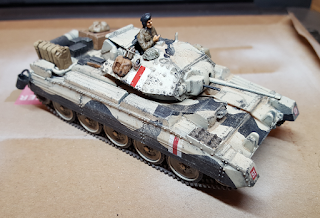 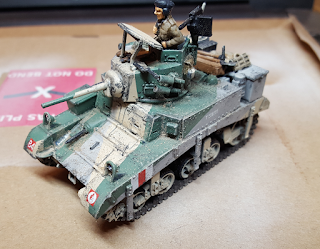 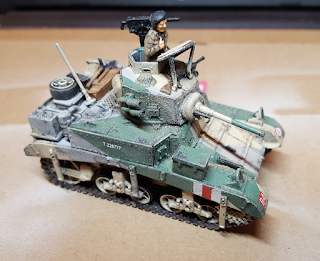 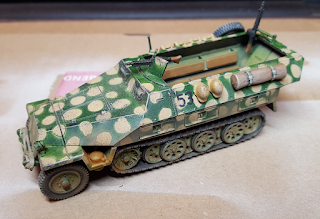 This one was just a bit of fun with blue-tac and the airbrush. The photographs show every problem I'm afraid, like the rust weathering powder has sneaked onto the tracks. 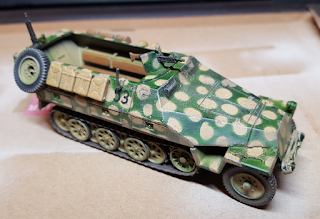 I probably wouldn't have hung the jerry-cans on the side, but I bought the model as part of an eBay job lot, and it was already assembled (and needed cleaning up). I tried detaching one, but it would have damaged it too much.

And before I forget, added a heavily converted commander to the PzII. The Iron Cross, from the Warlord sprue is way overscale though, and I will probably remove it. 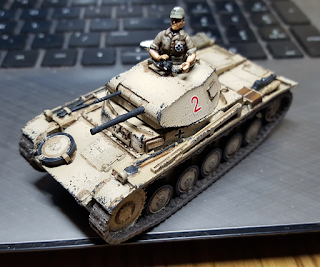