So this fellow has been hanging around for a while, and today with the rain tumbling down, paying bills and generally it's pretty miserable, I thought I would take a break from the 15mm Early Imperial Romans, and paint this guy up. 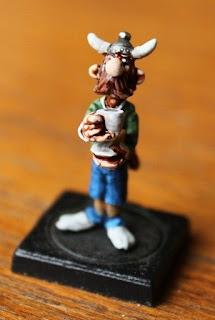 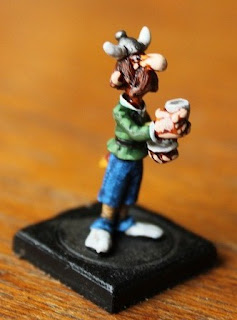 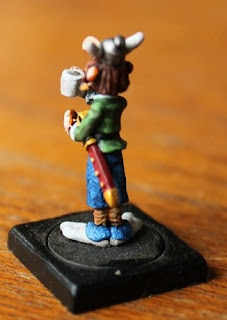 The one thing I realise is my flesh technique is fine for 15mm, but too clumsy for 25mm. Hmm. Time to retire the Citadel 'Bronzed Flesh' and Citadel 'Flesh Wash' I have been using for years.

So deciding that the various technologies didn't work well together, the Exterminators from Khurusan arrived, plus EM4 Steel Warriors and some Grav APC from Critical Mass. So now I have two Tomorrow's War forces needing more paint.

That plus the rigging has started on the Houston's Ships..  and the Early Imperial Romans are lined up awaiting paint and the arrival of LBM shield transfers.

I need to spend the next couple of weeks at home following an operation, so hopefully that's my chance to knock over a couple of unfinished projects.
Posted by Doug at 21:55 No comments: