Three games down. Learned some lessons. Don't roll a 1 for pips- after a 1 for the general in combat. And don't bring auxiliaries to a knight fight.
Posted by Doug at 02:47 2 comments:

Last of the Medievals

The last two days I spent whacking some paint on the Late Medieval archers to add to the previous mounted and foot. This should give me enough for about 450AP in DBMM terms. Tonight was washes and flesh highlights. 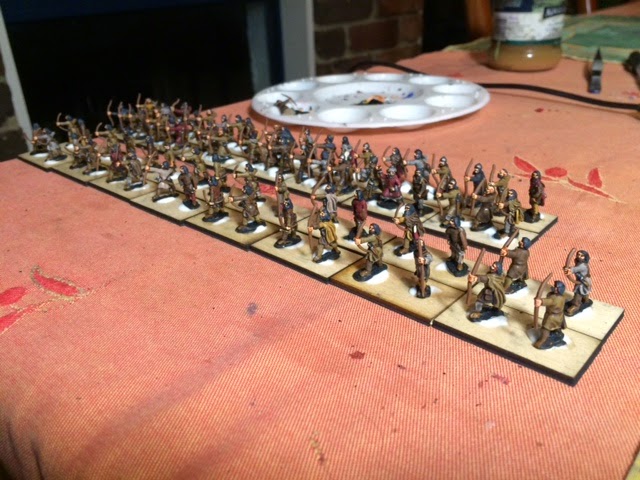 The next few days I will get the basing kicked off, this is quite long-winded as a process, with white glue + sand, then a dark wash, followed by three drybrushes, then flock, tufts etc...  so for the whole army, it's at least four days.
Posted by Doug at 12:48 No comments:

An early present to myself from the Ukraine. Not the usual run of the mill Airfix or Italeri. This time a UM Hetzer and a Roden Flak platform. 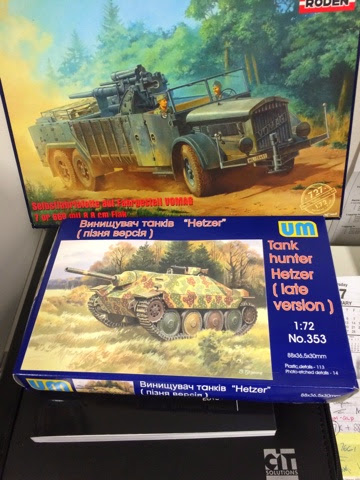 Email ThisBlogThis!Share to TwitterShare to FacebookShare to Pinterest
Labels: 20mm

Pretty pleased with myself as I have been painting away for the last couple of days tackling the infantry component of my Eastern European Late Medievals (1460'ish).

The mounted are done and awaiting basing, and the infantry are catching up:


Other than the Horde, which are a mix of Essex, Mirliton and QR, these are all QR miniatures. They look a little bit strange unpainted, as the heads seem quite small, but paint up very nicely.

I deliberately kept these drab, and used both a black wash over metal & 'greys', and a brown-wash over the browns, yellows and reds. I normally go back over them after the wash, and redo the highlights but in this case I decided not to, as I wanted a nice dark finish.

For basing - I will use the Baccus system, then some Leadbear Tufts. Not sure if this lot deserve spring flowers - might give it a try.

And while I am at it, the PSC sprays arrived, and I gave them a try, by coincidence having British, Late War German and Russian armour needing a basecoat. So here's how they look.

It's night, so the colours might be a bit off in this shot, but I reckon they look ok. Next, some camo for the Germans - a darker green over the Vickers Light Tank, and then the fun of decals and weathering..

I am starting to build up a new army in 15mm for the Later Medieval period in DBMM2.  Last week was very productive, with 23 mounted elements completed, and this week, the remaining 41 foot elements are on the painting table.

I am hoping this one will be my Cancon 2015 army, but this year, I am aiming to have it finished in good time, so I can play a couple of games before the convention, unlike just about every other year, where my army still smells of spray varnish on the morning of the tournament. 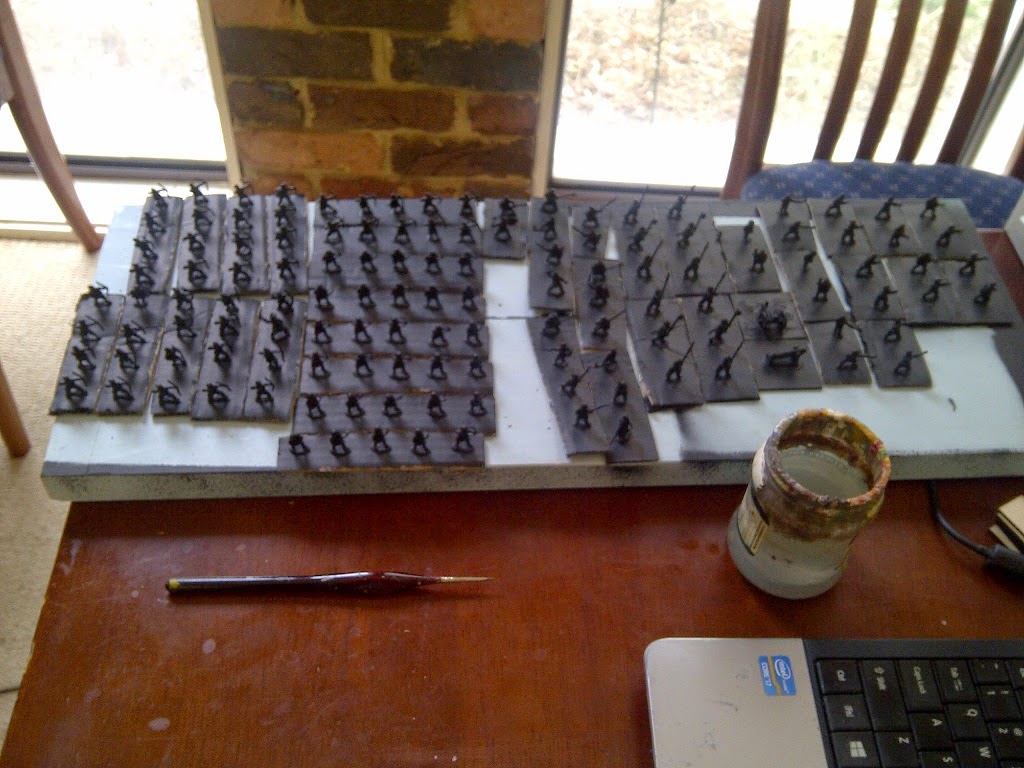 Lots of Bow, Artillery, and sundry others... 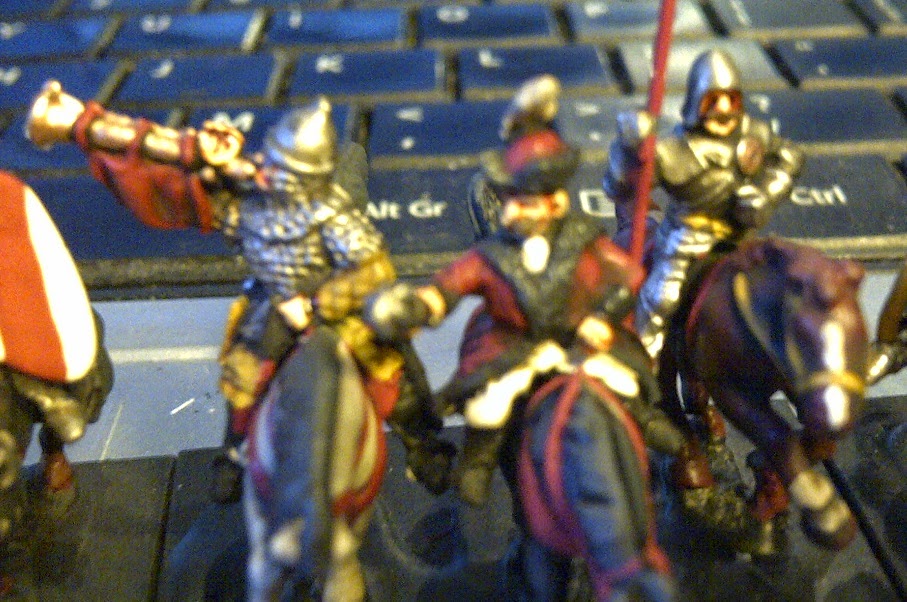 This one is a general, and the portrait below is a hint... 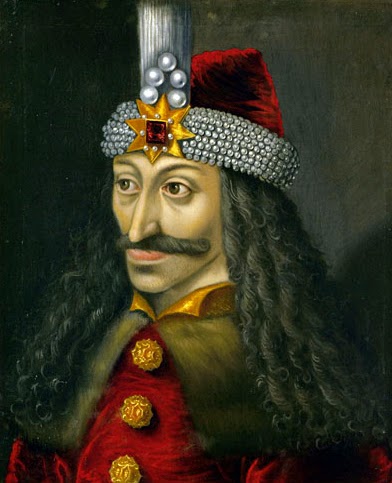