I have been preparing a 3000 point German mechanised force for a BKCII game set in Tunisia in early 1943. Most of the models are GHQ, with the exception of the Stuka, which is Scotia (I think), I believe Raiden also now do a model which looks very nice, and the 'Diana' which is an Armstrong Model, now sold by Heroics & Ross.

The battle group has been based (loosely) on the Irkens Kampfgruppe, which was essentially a last gasp attack, using virtually all the available armour (not a lot). Nafziger list 943GMXA has it as:

By this stage the 47th Grenadier Regiment I believe had been transferred from the 22nd Infantry Division to North Africa in November 1942, and then attached to 21 Pz Div. and re-designated as 47th Panzer Grenader Regiment. 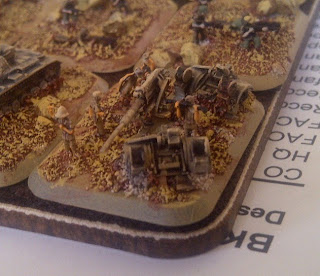 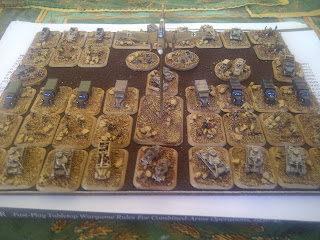 'Diana' by Armstrong Models, now sold by H&R. A very nice model. Recce unit of Sdkfz 222 in the background.

I am considering whether I should do a lighter dry brush of the ground texture, as it probably should look 'dustier'.
Posted by Doug at 04:45 7 comments:

Been painting up some choppers for 'Shipwreck' these are Lynx from the QRF Seewulf  range, sold through TSS.

The first shot is preparation... 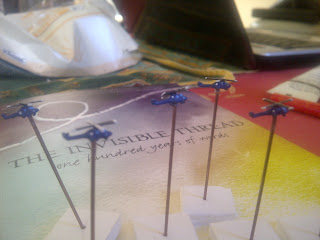 And here they are in all their glory... 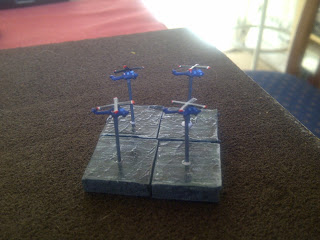