It's been a while between games, but we managed to get one in at the club on Sunday. It was the first game in the Too Fat Lardies 'Pint-sized Campaign', Gembloux Gap.

Having seen a couple of players struggle to win this scenario, I thought it was going to be a major challenge. The forces are a standard French platoon, to which Steve's support choices added an R35 and a Sniper; and a standard German Schutzen platoon. I had 10 points of support available, and ummed and ahhed about it for a while - a Stuka attack was tempting, as the buildings could be a major obstacle. I knew armour was a French option, and I also considered an extra squad, so they could bear the brunt of the casualties.

In the end I took the IeG 18 75mm infantry gun, for AT, and also to deal with troops hiding in buildings, 4 support points, a tripod mounted MG34 for 3, a red dice for 2, and finally a Shabby Nazi Trick. I really wanted a pre-game barrage, but couldn't see how to get the points in, when I needed stuff on-table.

Steve had picked up some second-hand railway track, and sourced some teddy bear fur, so the terrain was pretty much sorted. It's interesting to have seen the terrain versions of Rich and Nick, and the 20mm version used by 'The Tactical Painter'. I don't think ours was too far off.

To the game itself, and both sides started with a morale of 10, and the Jump Off points were fairly neutral, I had one well forward on each flank and a much deeper one in the middle, on my base edge. Steve's were in the village itself

The basic plan was to use my support options (tripod MG and infantry gun) to dominate the table, push one squad down each flank, and reinforce whichever one looked like being successful.


(I probably should say in the middle of this, Steve rolled 3 sixes to end the turn and my SL had removed a fair bit of the shock on the first squad, so I was able to move them.)

The difference was that my support options were much more effective than Steve's and once he had deployed on his left, trying to run men across the open road to support his isolated squad was a hazardous exercise while I was holding CoC dice to interrupt, and gun his men down crossing the road. There was also a dreadful toll of leaders wounded on both sides, with Steve losing two leaders killed. German morale was, 5, and they lost 11 men. So they immediately get 5 back, and then half the remainder, (3) are lost for the campaign, 1 returns to duty, and 2 return after the next game.

Another cracking game, and it's on to the next game in the campaign.

So if you haven;t had a look at some of the scratch built MDF buildings made by John Bond in Oz, you really need to go have a look, they are quite sumptuous.

So 'Inspired By' - I have started a small project. It needs some balsa to fix a few issues, and add cladding and frames, but it's a starting point. My target is to have it finished so I can put it on the table on Sunday at the club.


And I hit a snag.. my spray can of black primer ran out.. I can't replace it till tomorrow afternoon, so my scheduled is disrupted again. 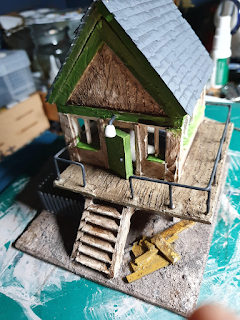 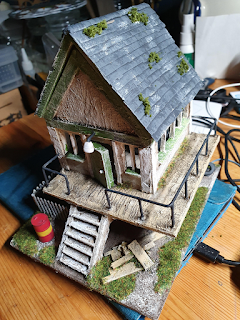 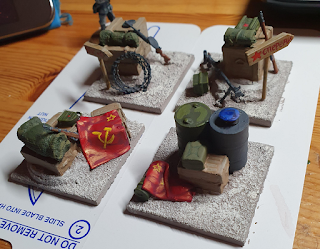 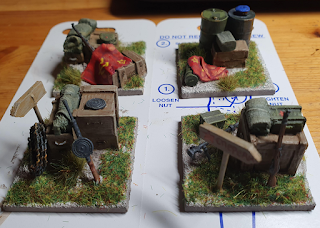 A short while later... 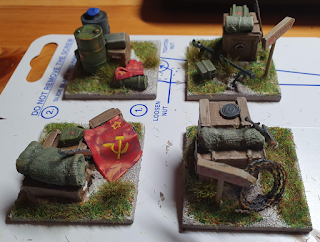 Another angle. They'll do. Now back to the serious matter of finishing off the infantry platoon and supports.
Posted by Doug at 23:22 No comments:

Fairly productive day today. I finished off the Warbases Russian House, some Haystacks, also from Warbases, some entrenchments from Anyscale Models, and undercoated some jump-off points for my Russians. The jump off points are generic ones from Anyscale, with some added bits and pieces from the Warlord Russian sprue and green-stuff tarpaulins. 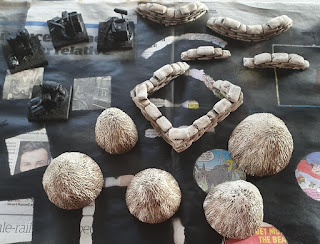 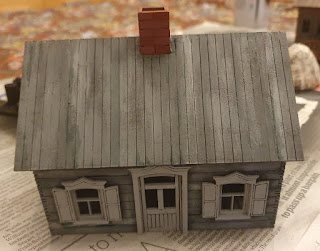 I really like the haystacks, nice moulds, all different, from Warbases, done very simply, just undercoated black, then drybrushed with housepaint sample pots, pistachio and magnolia, and once that was dry, a very light wash streaked upward from the base with Agrax Earthshade.

I've finally decided to bite the bullet and sell off all my 1/72 (20mm) WW2 stuff. There's a large number of built & painted vehicles and quite a few kits still in their boxes.

I'm really not sure what demand there is for this stuff, and I am not sure whether to try and sell it in bundles, or as individual kits, or even what to ask for it. But there are some very cool kits in here, I am sure someone must want them? 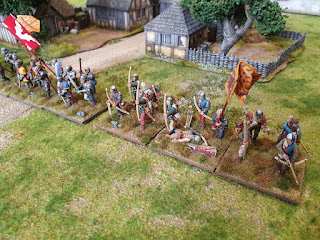 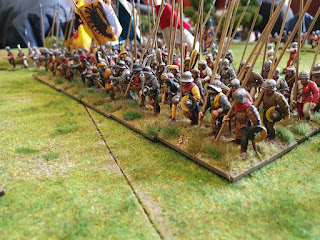 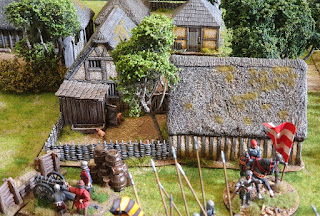