If you weren't already aware, (and if you only frequent TMP, you wouldn't be, but that's another story), today saw the release of the Too Fat Lardies new ancients rule-set 'Infamy, Infamy'.

I've become increasingly interested and enthusiastic about this set, and as I had pre-ordered, my PDF copy arrived today. Lovely stuff, and I'm really looking forward to playing a game of this. I enjoy Sharp Practice 2, really love Chain of Command, but this is a step forward again. There are some lovely mechanisms layered on top of some familiar Lardy concepts like shock and 'leaders', such as scouting, screening, deployment/ambush, semi-randomised terrain generation and (gasp!) a points system. (in all fairness, there have always been points in Lardy rules, just well under the bonnet (hood for our US readers).

So all this enthusiasm has seen me order some new figures (not that i need encouragement), and start building some of the additional pieces I will need for the game. I also painted a quick test figure. 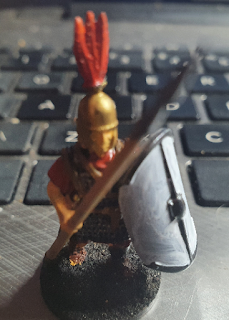 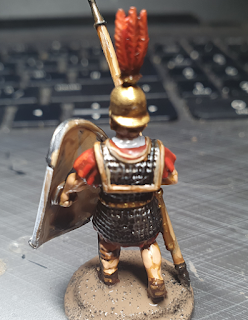 Victrix test figure, block paint with size 9 brush, add Coat d'Arms Dark Brown super shader, then add highlights. Still have to do the shield with some LBMS transfers, and the back of the shield needs tidying - but this is at major magnification. And about 15 minutes or less for one figure?? 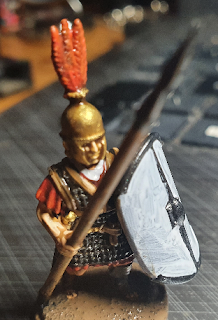 Perfectly respectable - though I will go back and drybrush the plume I might even change the colour to black.

Some wolves on Warbases dials that I will use to mark Fervour.. 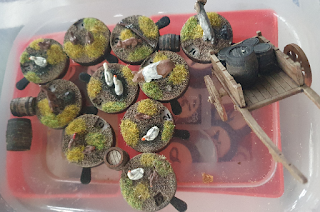 Some village animals that will be repurposed from Sharp Practice to show shock. 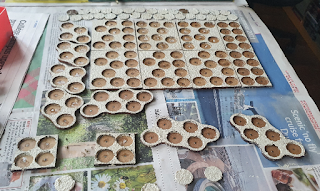 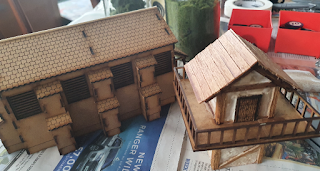 A couple of suitable buildings, and I will be constructing some more to make a German and a Gallic Village.

Ok, some serious painting required then it's Infamy, Infamy.. they all have it infamy!
Posted by Doug at 00:51 4 comments:

Per at the RollAOne blog came up with the idea of having a bunch of folk paint up units for two Imagi-Nation armies in 6mm, and then auctioning them for charity. Great stuff I thought, I like doing 6mm, and I can just do one unit, it won't be a chore. The always avuncular Peter Berry of Baccus Miniatures kindly donated the minis, and they are starting to be done.

My paticular unit is Melblom's Horse, dragoons. I swear they look better 'in the flesh'. 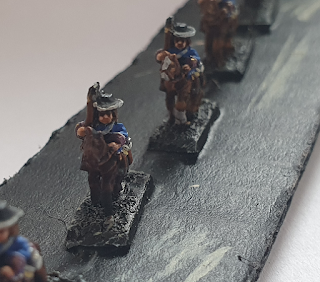 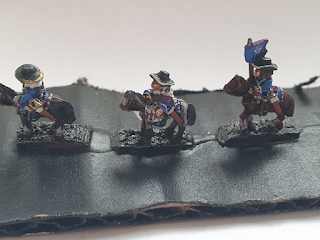 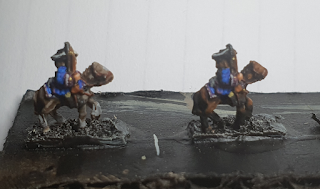 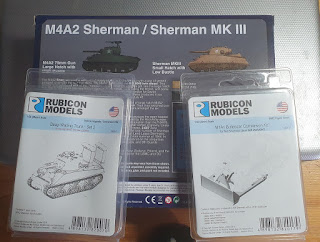 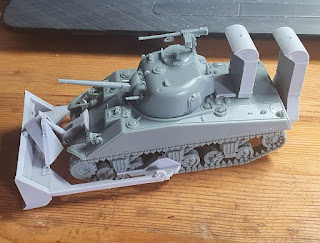 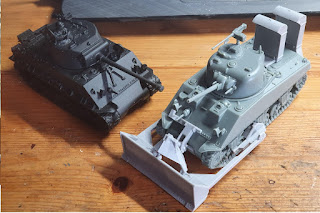 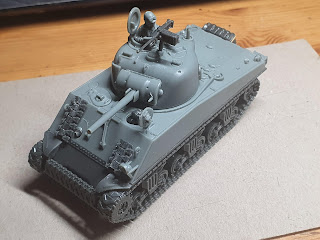 So a funny thing happened...

There was I, minding my own business, reading blogs and stuff, when I came across a post about glue. Exciting stuff, I hear you say. No, really..  anyway, I have glued together a couple of Rubicon kits in the past, and the kits are lovely, but for some reason I had real difficulty with them.

It turns out that unlike every other plastic kit I have built, which has been made from styrene plastics, Rubicon uses an ABS plastic, and the styrene glues like Tamiya and Revell, just don't stick them together properly. Eureka.. this explains everything.

Ok, I had better get myself some ABS glue for my next Rubicon kit, and then Rubicon has some special deals for lockdown, and there's three Shermans, wading gear, a dozer blade and tank crew, all for £65. Well, it would be rude not to try out my new ABS glue. 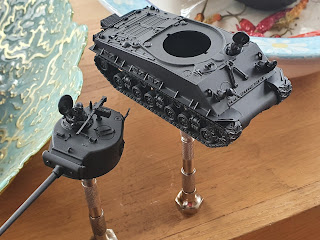 Absolutely lovely model. I ran into one problem, which was that the main gun mounting was tricky to seat accurately on the turret. I also made two minor modifications, drilling out the lifting rings and cutting down the brushguards on  the lights. I think it makes a big difference. The 50 cal is Rubicon's 'wargames' version with the barrel overscale for durability. They include both a model and a wargames version in the kit.

And now of course, I will have to get myself some US Marines to play with at least one of the Shermans. I can feel an order to 1st Corps coming on.

Just a very quick update, I saw that Per at the RollaOne blog was organising volunteers to each paint a single base of Baccus Wars of the Sun
King range, that could then be auctioned for charity.

So if you have a spare slot on your painting table, it's a worthwhile cause, and if you haven't painted 6mm before, a good opportunity to play with some of Pete's little Baccus masterpieces. 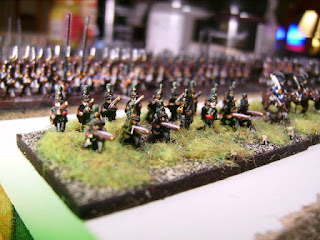 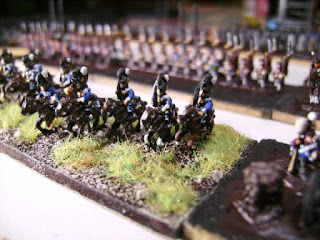 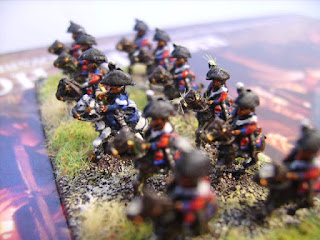 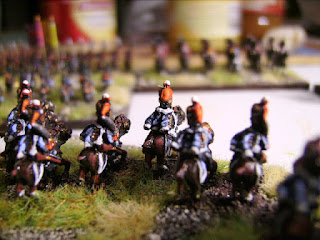 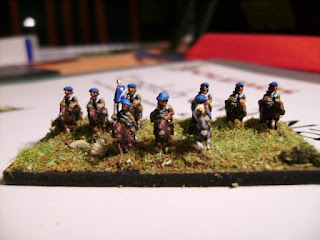 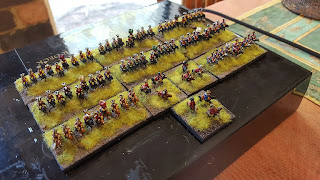 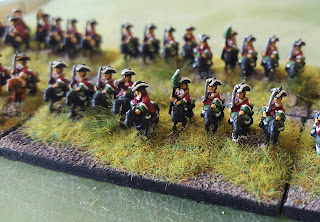 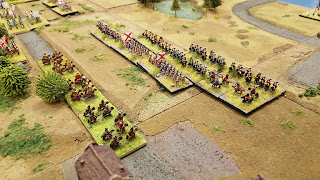 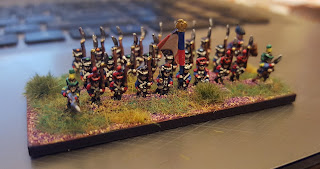