Back on my Med (ieval) s

Well, apologies for the bad pun. Been assembling more of the excellent Perry figures. Even splashed a bit of paint around. One thing is obvious though, while I can make the rest work, my 15mm techniques for painting flesh are not going to work.

The colours will eventually be those for Douglas 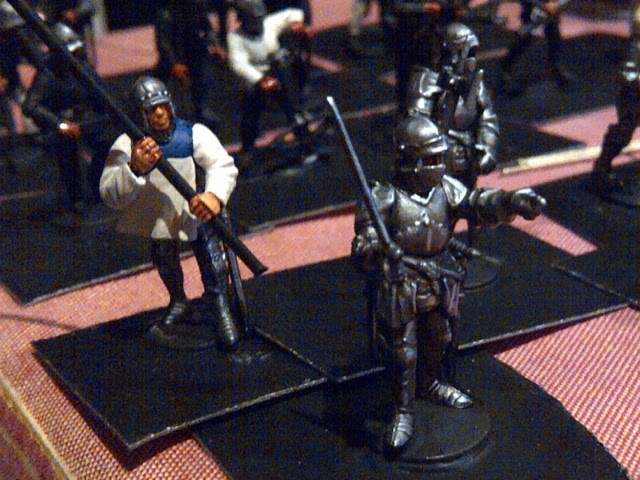 The Perry Medieval rollout continues- started to put together some figures from the Mounted Knights box. I have virtually decided these will actually represent the Scots at the siege of Orleans 1428-29 as the armour is virtually unchanged, and I can use the DBA Wars of the Roses list, plus there are some good illustrations here.

The first covers 'Currours' or 'Prickers, and will be two to a base. I tried to find parts combinations that looked less 'knightly'. The gentleman on the left will be a junior knight, accompanied by a sergeant. 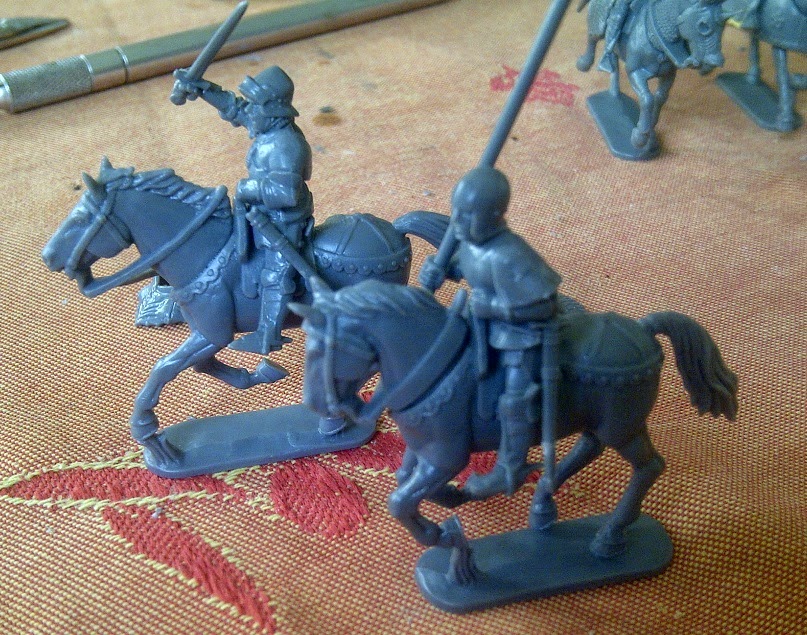 The second - much more 'Knightly' - I intend to do this as Douglas, accompanied by Melvill, but I am also tempted to make the mace carrying noble Bishop Carmichael. There is a huge selection of parts here, I have at least 8 heads, 5 lances and 7 or 8 spare arms left over. 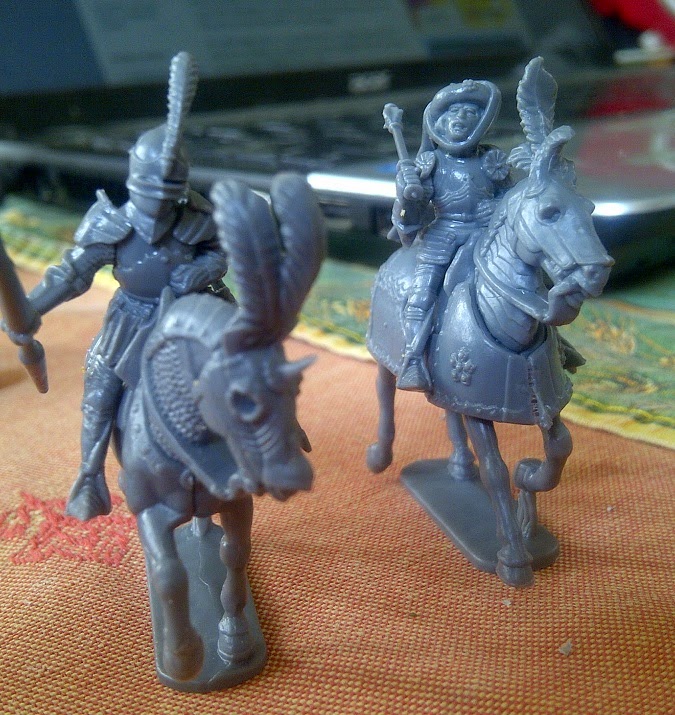 Nice figures, though looking at the close-up I need to do some filing :-)    Foot Knights and rank and file to follow.

So we got together, and the War and Peace Games Wars of the Roses special deal looked good. 5 Packs of the Perry Miniatures plastics for $190.

These will end up for me, being used for skirmish games such as 'Lion Rampant' or 'Affray' - and I am also intending to make up a DBA army.

This was the first go at building them up. So far, these are four command figures from the 'Wars of the Roses' infantry, plus a single sprue from the 'Mercenaries' pack. You can make up crossbow, pike command figures and hand-gunners. If I want to put these on the 'standard' 28mm DBA base sizes (60mm frontage) then I won't fit more than three to a base. Above, a slightly better lit picture after black undercoat... 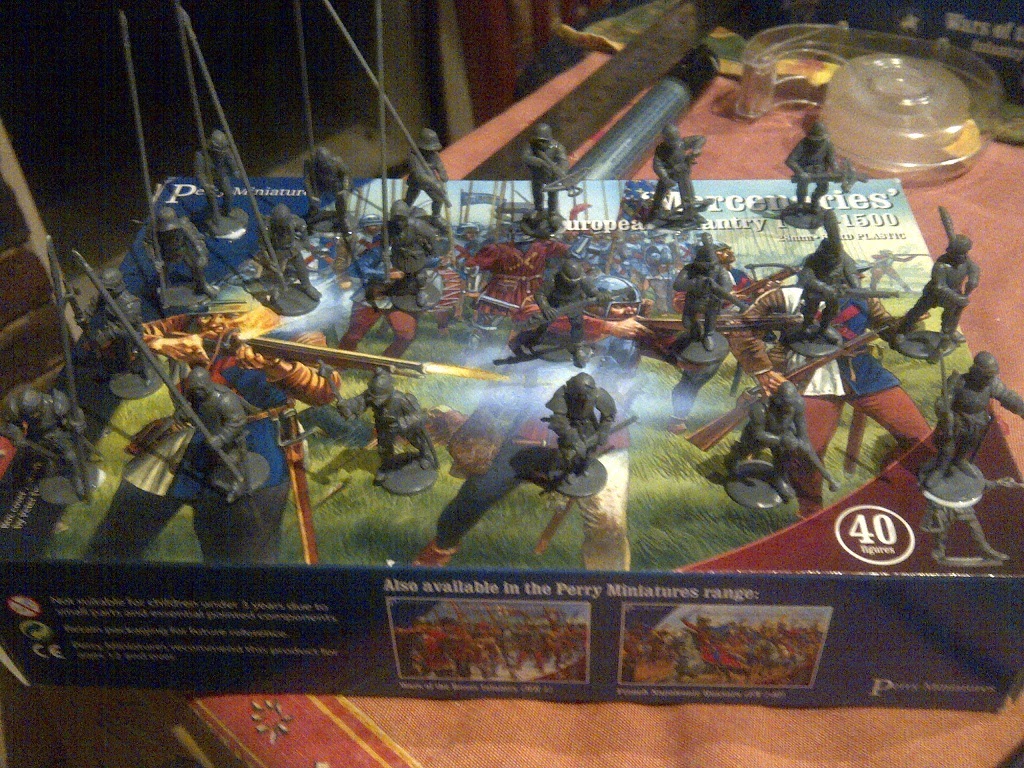 S-Model Hotchkiss 35 with an AB crewman. 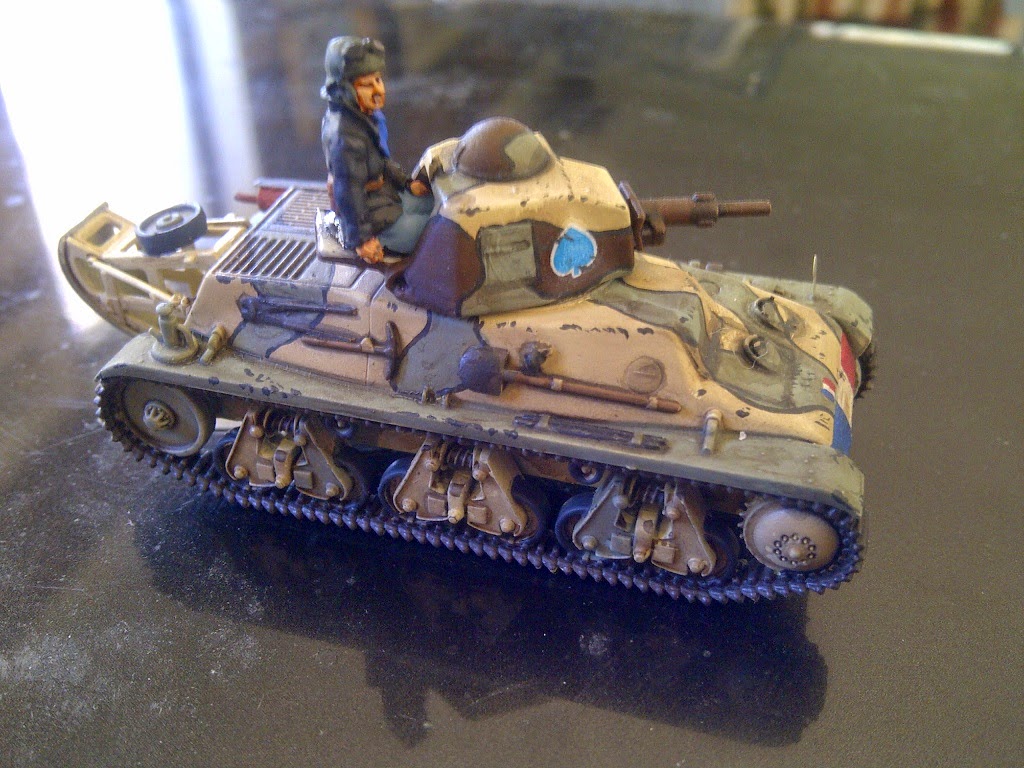