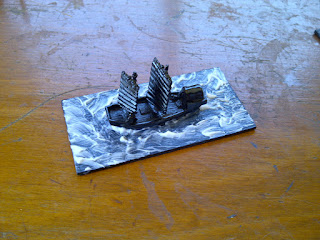 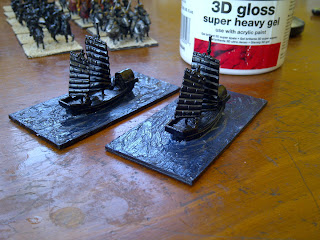 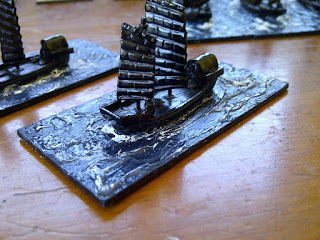 So with the Christmas frenzy now almost over, and in the brief hiatus between Ham and Hogmanay (that's Scottish New Year to you..) - I fled from the evidence of stuffed toy disembowelment into the Man Cave - and finally cleared the workbench so I could actually paint there. 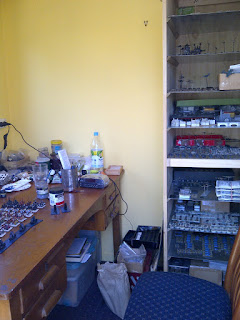 View from the door, it's small..  and I am not going to show the view to the right, as it is monumental chaos. 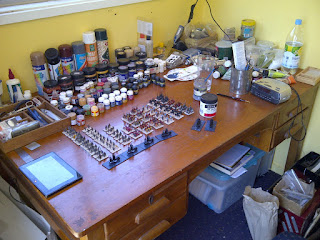 But the painting desk is under a South facing window, and everything finally organised.. Hurrah!
Posted by Doug at 00:15 No comments:

For quite some time, there have been rumblings from the civil power regarding the degree to which lead, paint and all sundry appurtenances, chattels and otherwise attached 'bits' were taking over the house...

For some inexplicable reason, she seemed to think she should be able to open the door to the study and actually enter the room, without having to pick her way between tottering piles of magazines and 6mm tanks, as well as change the dining room tablecloth without having to move 43 pots of paint, brushes and a large chunk of an ancient Chinese army, or Corgi cars for Geezers, or Sci-Fi Grav vehicles (which of course should have floated off the table very easily...).

Despite having fought back for some time with various distractions, excuses and appeals to togetherness, ("you won't like it when I spend all my time in the shed..") - finally the resistance recognised it was doomed, and consequently I spent several hours carting various boxes, bits, shelves, toolboxes, spray-cans, flock, models, into what has up until now been christened the "Gimp Room".

So now I can barely squeeze myself in there after it all..  at one stage I had even hoped to fit a gaming table in there...  no chance!

And having carted what seemed like hundreds of kilos of lead, I suspect some reorganisation, and even rationalisation might be in order. At the risk of blasphemy....  Some periods and armies I have more figures than I could ever possibly need or even use...

More to come on this topic I suspect....

So now I have painted my samples, and inevitably what happens is that I forget which colours were used where. So for my own sake, heres the paint guide for Sui Infantry...

As you can see, mainly Citadel, because of the convenience of the GW shop to my workplace, plus a leavening of Coat d'Arms.
Posted by Doug at 02:22 No comments:

More work underway. I spent a productive afternoon drilling out the hands of some of the Spearmen, so I could add banners to each element. Then when I went to find some brass wire, of course the smallest diameter wouldn't fit the holes I had drilled. Doh! - back to the pin vice.

So now; undercoated, drybrushed light grey, and ready for some serious painting. 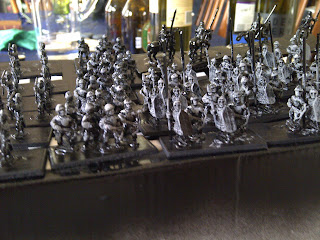 The 'heavy cavalry' supplied in the Essex 'Sui & Tang' line are not accurate, but I don't have the time to order alternatives and finish the painting before Cancon..  oh well.
Posted by Doug at 12:36 No comments: 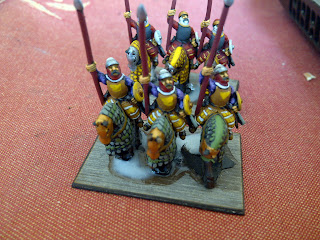 Another couple finished off. I suspect I will go back and rework these a bit though. Here's how they look for the moment. Also worked on some more cataphracts, just basic washes, plus the generals. I also think I may have miscalculated the original order, and I might need another pack of the heavy cavalry as generals' bodyguards.
Posted by Doug at 21:33 No comments: