I have been participating in the Analogue Hobbies Painting Challenge for the last 3 months or so. It's been a bit of fun and has encouraged me to get a fair bit of painting done. I actually managed to finish 8th in the points total, which was very pleasing as I had set my original target at 600 points, and in the end finished with over 2000. If I (hopefully) participate next year, I will be better prepared in terms of figure variety, and more ambitious with my targets.
It also strikes me that while I have been furiously painting, unlike many other participants, I have also been printing stuff. So while others have reduced their lead/plastic/resin pile, I have actually added to mine... Ooops...
And I suspect I have also painted a lot of stuff that hasn't appeared here. So this is by way of a catch-up. Bear with me if you have already seen it..

Some demented pepperpots, these are the classic movie Daleks from the 1966 move, Invasion of Earth. Dots, so many Dots..
Just for a giggle, and to reach the bonus for a planet of ancient robots. I printed off a couple of copies of Bender from Futurama, and 'weathered' one to represent an Ancient Bender. 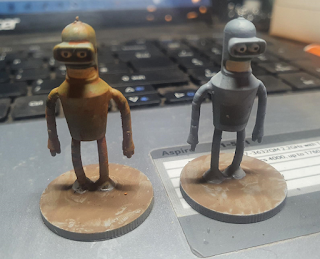 Having posted my Indian Mutiny (1st War of Independence) Sepoy figures and the Elephant towing a limber, I also painted up some AW Miniatures Sepoy Cavalry - in this case, the 3rd Bengal Cavalry. These were part of the original  group of Mutineers at Meerkut. This group have discarded their issued 'French Blue' trousers and are ready to cause havoc..   though I realised I had run out of bases, and I am waiting for replacements to arrive. 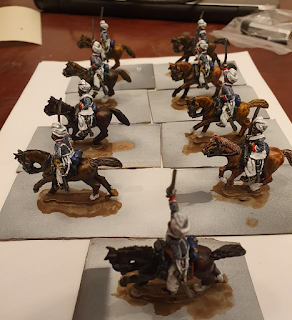 A few other things got done, that I didn't post here.
Some 1/144 3d printed German WW1 aircraft, There were also 2 Recce aircraft that absconded from the picture. 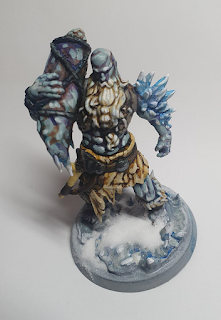 Some kit for when I choose to invade Manchuria, 3d prints as always - a Type 89 and a Vickers Crossley Armoured Car. 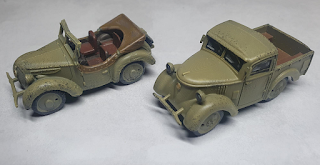 And in case I need 6 Ha-Go for a scenario, another 4 3d prints 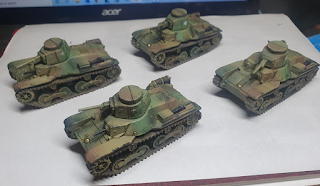 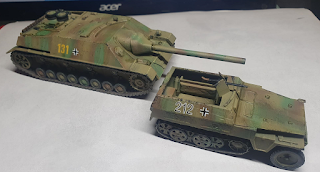 Did I mention all those Spitfires needed some serious opposition? 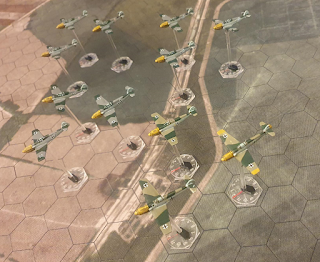 I think that's it for the minute..   more to come soon. I have been working away on various bits and pieces so they may emerge in the not too distant future, and hopefully, I will get some actual gaming in..
Posted by Doug at 12:42