1745 - A lengthy discourse or procrastination?

I've been planning the 1745 Project for some time. In fact, looking back at things, I first pledged to the Flags of War Kickstarter for figures back in 2018. Needless to say - this is not the oldest project \I have going, but it is one of the oldest since I moved continent in 2016.

To date, there have now been three Kickstarter 'Waves' from Flags of War, and I have bought into each, so now, with the exception of the Irish Piquets,  (which I am now kicking myself I didn't get..) I now have a little of pretty much everything -

I've actually had a long term hankering for a 1745 campaign or armies or battles. I suppose; having grown up with hugely conflicting and sometimes romanticised versions of the myth, having walked Culloden Moor in the rain, and learning to sing 'Hey Johnnie Cope' as a small child, it's inevitable that like most Scots, I would have some impression of the whole thing. I remember illustrations of how the Scot was depicted in contemporary or near contemporary prints and papers.

Untangling the myth from facts was immeasurably helped by Stuart Reid's 'Like Hungry Wolves' and '1745, A Military History of the Last Jacobite Rising', some contributions by John Prebble 'Culloden' and more recent publications such as 'The Army of George II 1727-1760' Peter Brown and 'The Lilies & The Thistle' by Andrew Bamford. There are also of course, the Osprey Books on uniforms, clothing and campaigns. With the one thing in common being the illustrations that show inordinate amounts of tartan. There are tartan breeks, tartan waistcoats, tartan coats, jackets, cloaks, hose, plaids, hats - in fact, a wealth of tartan.
It's not worth re-hashing all the debate about tartans here, most readers will know that much of the tartan myth is a spurious 19th Century concoction at least partly to soothe injured pride in the far-flung Imperial outpost of North Britain. So we know that tartan would not have looked as we now know it.
What we do have are contemporary or near contemporary illustrations such as the famous painting by David Morier:-
Not to mention numerous near contemporary portraits of Lairds, Clan Chiefs, and other 'High Heid Yins' of that ilk. Many of them wearing extraordinary, and to the modern eye, ludicrous amounts of tartan.
I'm suspicious of such sources, for a variety of reasons. Firstly, that there was a real tendency to 'other' the Jacobites, and what easier way than to play up their barbarity of dress. It's the equivalent of all those Victorian illustrations of Africans with bones through their noses and grass skirts. Savages, of course.
Then there was the proscription of the kilt, so gentlemen needing to display their Scottish-ness were depicted in trews, waistcoats and jackets of tartan. Whether this was reflected in their daily dress it is impossible to know.

In any case, I should really be painting dozens of kilted savages, with claymore and targe, dirk and musket, but instead I am shilly-shallying - and to date have spent more time on Shock Markers than on actual infantry. 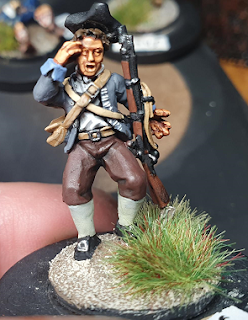 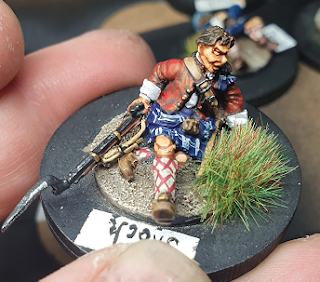 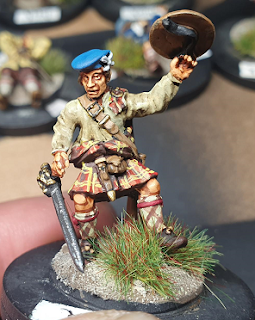 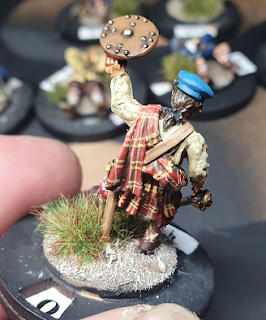 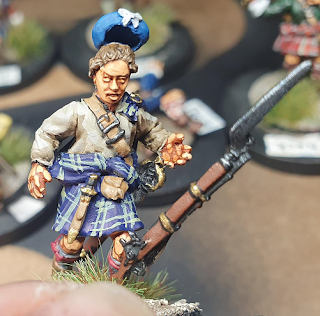 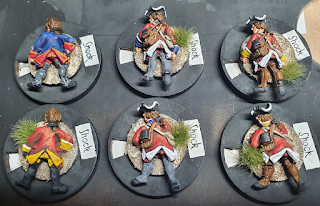 Now, whether to do artillery, 10th Dragoons or \Bagot's Hussars next? Anything to defer the savage hordes,