I'm still working my way through the first unit (12 figures) of 'kilties' for the 1745, and I get the feeling I may be overdoing it a bit. I mean, who does highlights on the sock garters?

But in the meantime, I have added a few other units. Oh, and decided that I couldn;t resist adding a couple more groups to the Shatp Practice forces. So an order to Flags of War, and I now have some North British Fusiliers, and some Irish Piquets to add to the forces arrayed.

And this post was started ths morning, so by now... I did manage to finish a couple of things... 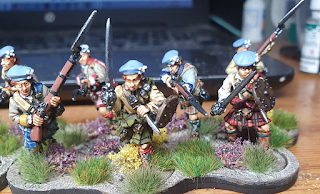 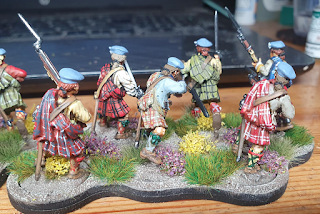 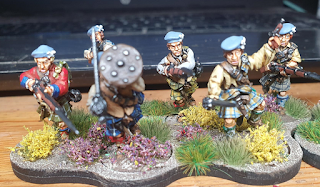 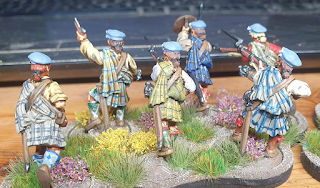 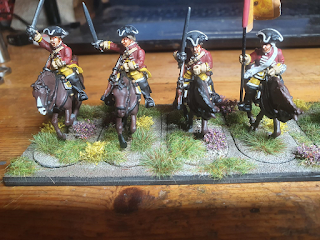 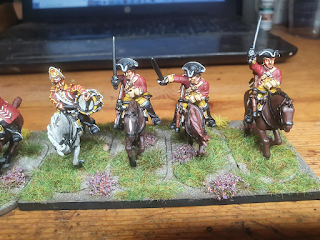 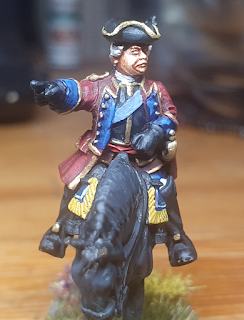 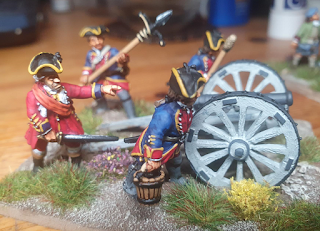 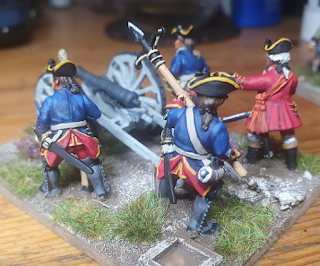 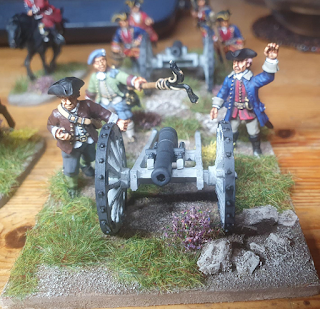 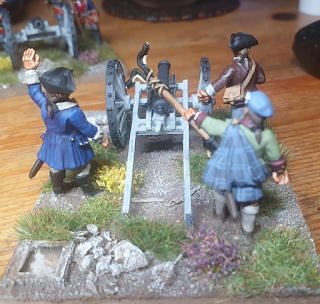 Close ups are very unforgiving...  I do need to fix Cumberland's face. And the drgoon standard bearer has been fixed since this picture was taken.

So the planned small forces will be:

So far, 3/10 groups done for the Jacobites, 2/10 for the Hanoverians. Still a way to go... Right. Off to airbrush the base red for Lally and Scots Fusiliers. And another half-dozen 1/56 French tanks.