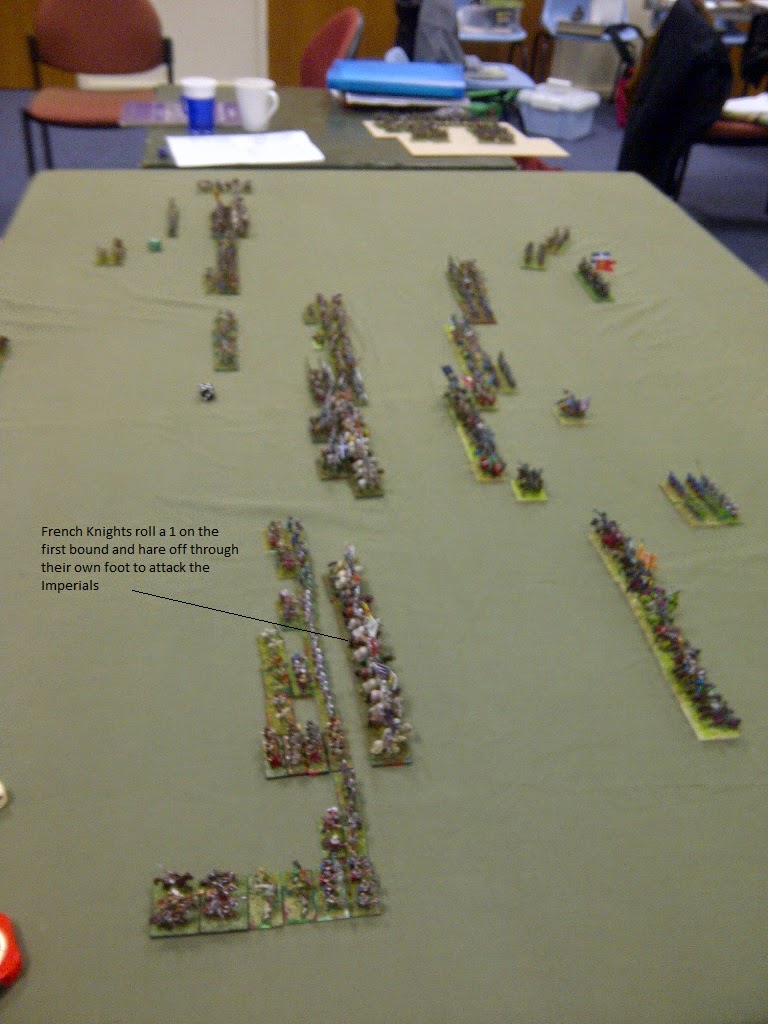 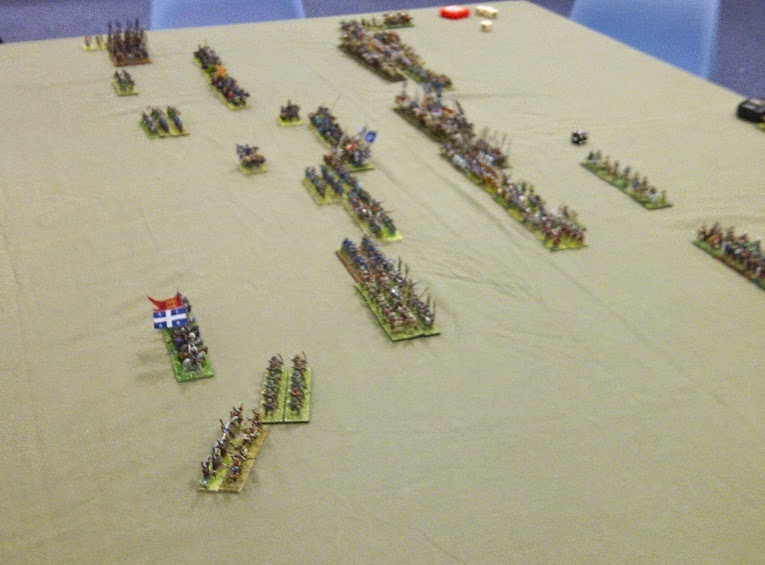 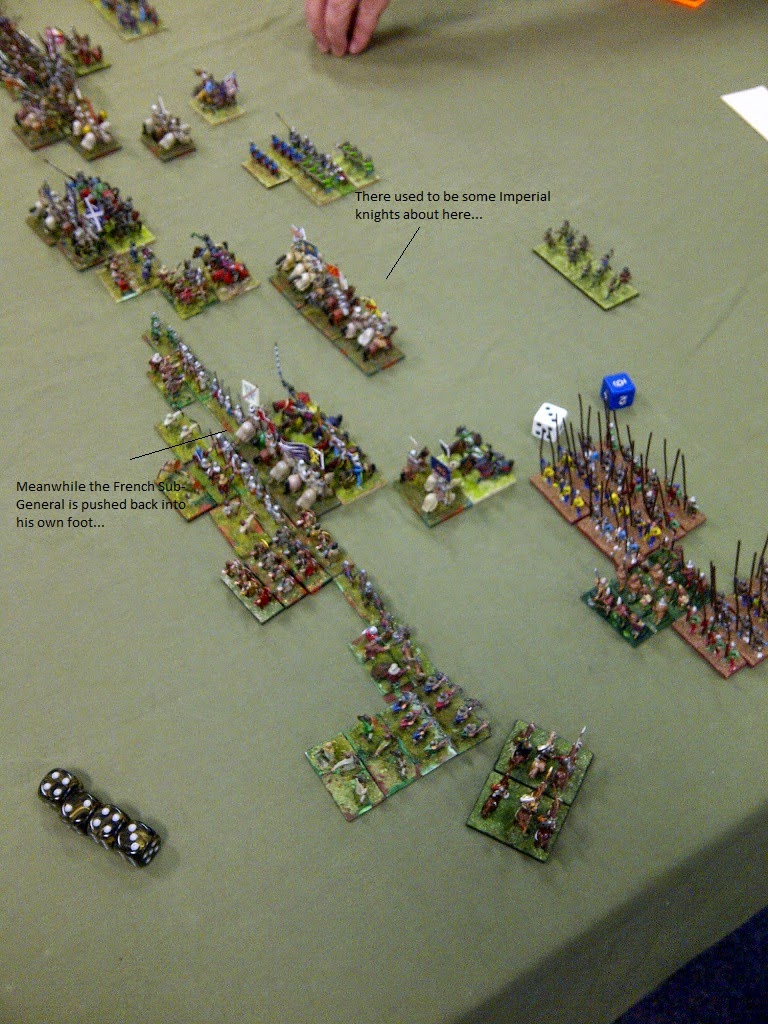 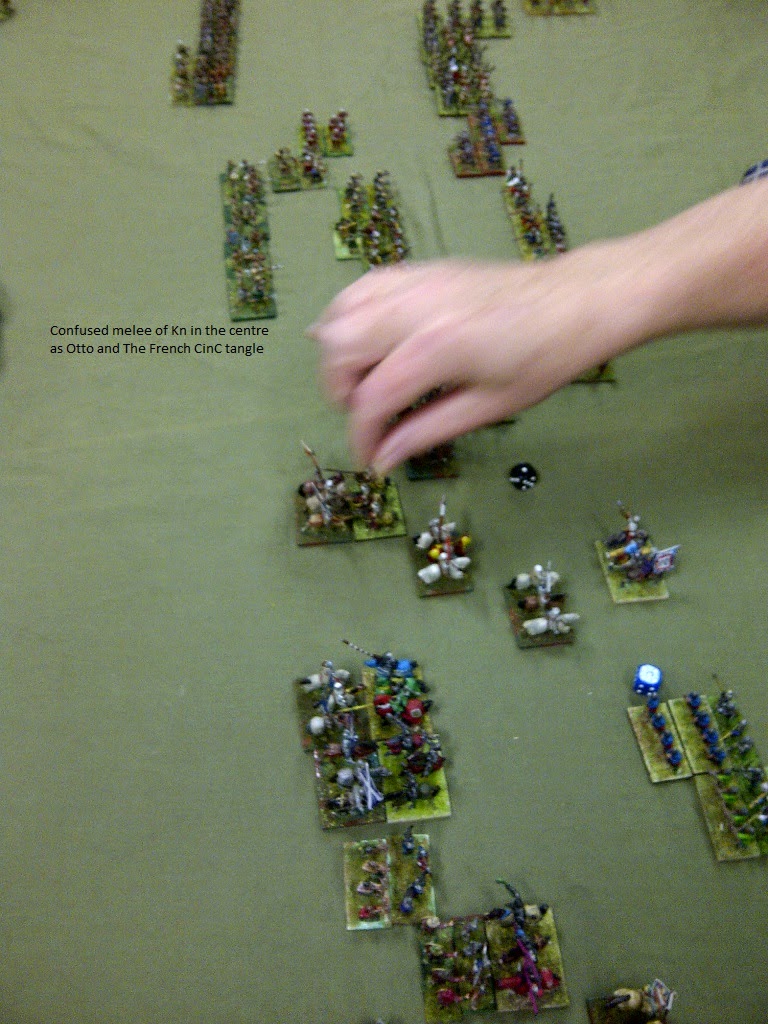 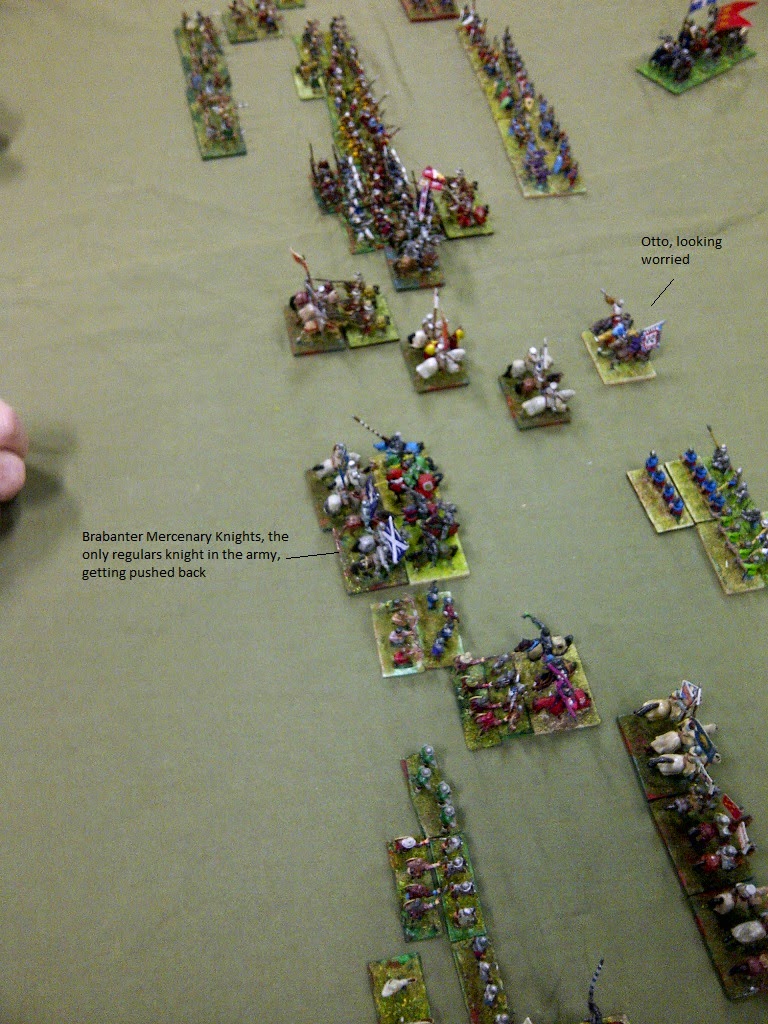 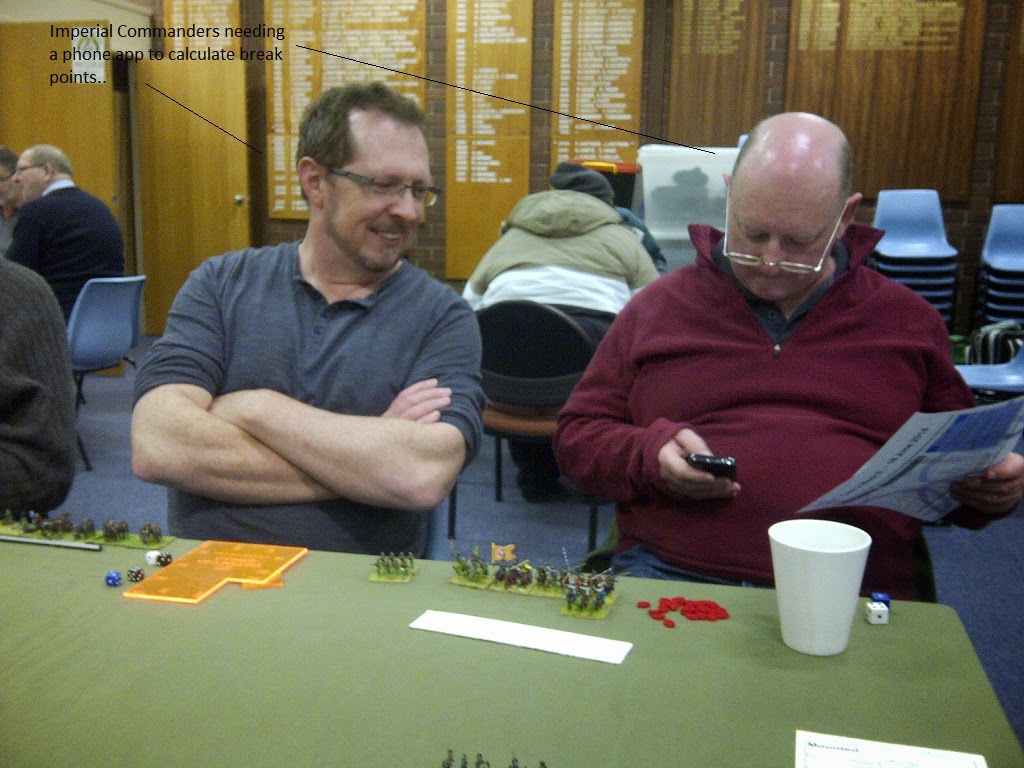 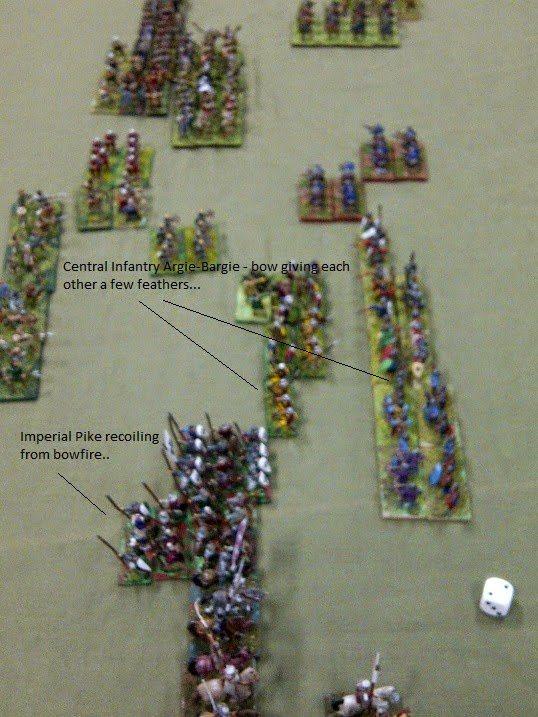 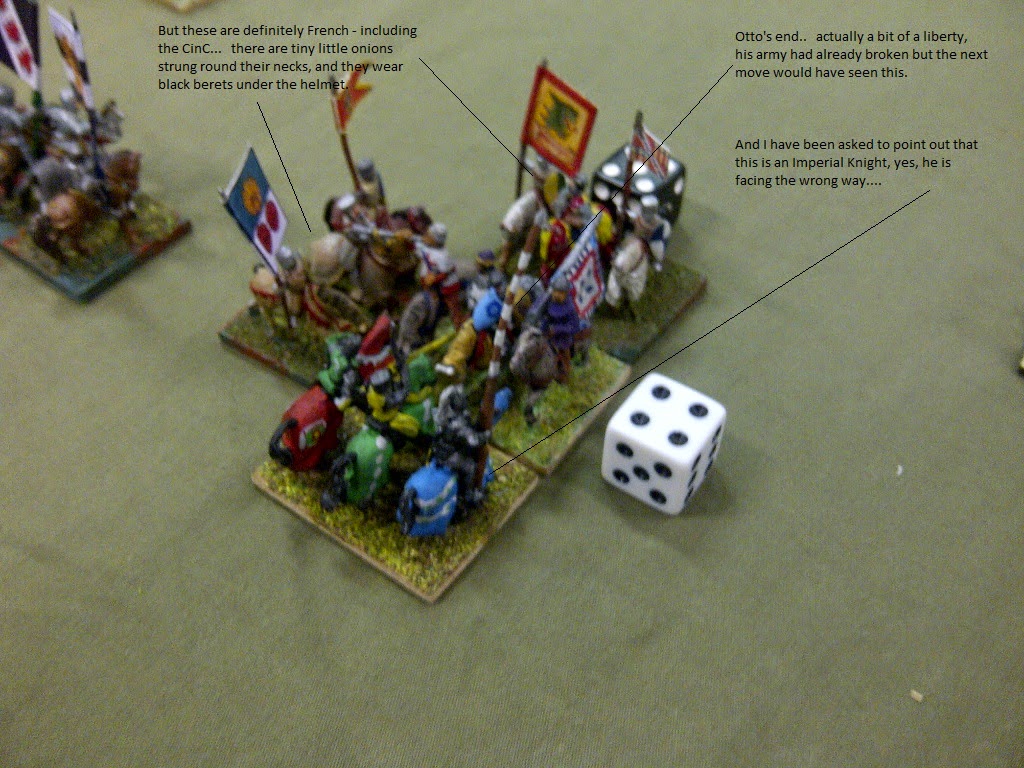 The Imperial army breaks in their own bound. For fun we rolled the dice to see what would have happened if the French had one more turn. Unlike his historical counterpart, who fled the field, our little lead Emperor was caught flank and rear by the French and suffered fatal consequences.
Posted by Doug at 11:49