No, not the massive Waterloo wargame of a couple of years back, but 'The Great Game' - the term used to describe the rivalry over India between Great Britain and Russia. And one of the key players was this chap... 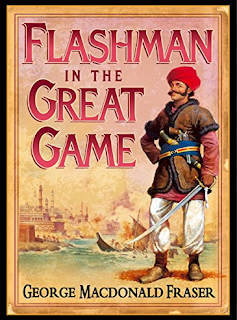 Now Flashman may be a bigot, imbued with all the vices and prejudices of a roistering poltroon, and have a singularly un-PC approach to women, but he's also enormously entertaining, remarkably accurate historically and is a dreadful temptation to new periods and armies.
With Sharp Practice being a game that can be played as a 'straight' wargame, or as something much more Hollywood, having 'characters' can really create a whole additional layer of fun.
So when I saw that Studio Miniatures made a figure that is the absolute character to a tee..  what could be more natural than to add him to my collection? And Winterpig makes a collection based on a certain movie, set a little later than the Mutiny perhaps but with some figures that can be re-used. 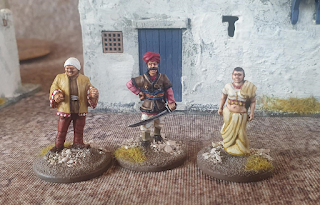 As usual, Flash is between an egregious villain and a charming maiden...
Of course there are many possible names for an Indian Governor and his wife.. 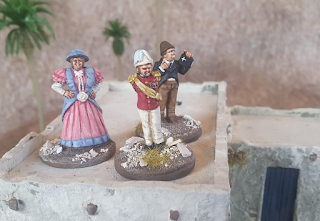 Finally, another Studio Miniatures Sikh Wars officer, and a doughty sergeant of the 1st Foot & Mouth 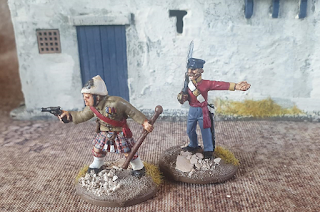 Should be an added bit of fun... And there's a few other things nearing completion.