Saturday 9th November was the date for the annual Targe Show organised by the Kirriemuir Wargames Club. Unfortunately, this year, the dates clashed with Crisis in Antwerp, which is generally acknowledged to be one of the best shows in Europe. This meant that some traders, particularly Warbases and Dave Thomas, chose to attend Crisis instead. A couple of late cancellations also meant that there were fewer traders than usual.

Regardless – the show was well attended, with a couple of hundred on site over the day, and particularly pleasing, we saw quite a few families and younger folk among the Grognards. The bring and Buy seemed to be doing good business, and unusually, a lot of books were sold. 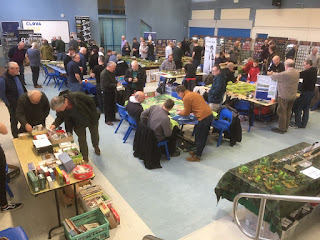 The quality of games was generally good, with some interesting display and participation games. There seemed to be a bit of a Japanese theme down the back of the hall with the Last Samurai game, and two separate Pacific War games run by Iron Brigade and SPIT.

It’s not too many shows where you get to see multiple renderings of the Kurogane Type 95 car and a Japanese APC. I think the APC is a resin cast from Anyscale Models. 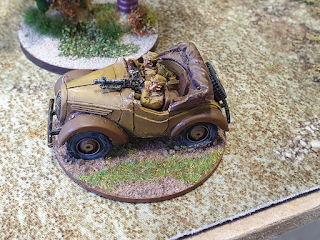 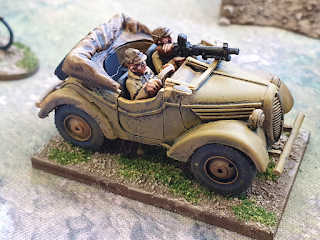 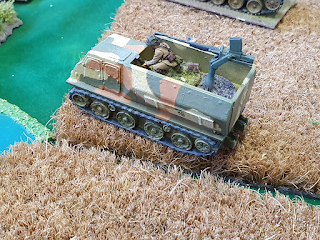 The timing of Targe, late in the calendar year also means that some of the games have already done a tour of the shows via Carronade and Claymore, but their appeal is undiminished and they are all well worth a second, or a third look.

Special mention to Warhogs (Glasgow), who brought along an expanded version of their Stalingrad game. Apparently several hundred new figures had been added, and the board extended by another six feet. I’ve seen this several times before, but it is still a spectacle with loads of lovely little detail, and fantastic scenery. When I did a quick run around early in the day, there seemed to be guys scattering literally thousands of scale bricks all over the boards. 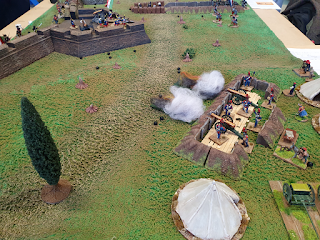 Another unusual game, the siege of Rome, with the French pushing a sap forward while their siege batteries engage a Vauban fortification.

Honourable mention to the Bay of Pigs game by the Gothenburg Gamers, using an adaptation of the Bolt Action rules, and included some very appealing (and big!) aircraft duelling over Cuba. 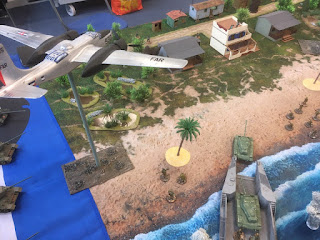 Given the number of games with a jungle setting, there were plenty of examples of unusual and interesting way to use aquarium plants for terrain. I shall certainly be using some of those ideas for inspiration for next year’s projects.

Winner of the best game was a lovely Star Wars game by Aberdeen Wargames Club, it used a variety of interlocked boards covering several environments, with plenty of eye candy in the form of very attractive figures and models. 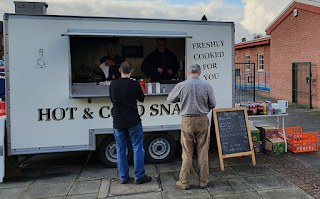 Overall, while it was disappointing that some of the traders couldn’t make it, it was still a very good day out.  Oh, and the bacon roll van did a roaring trade!

Email ThisBlogThis!Share to TwitterShare to FacebookShare to Pinterest
Labels: Targe