For various reasons, I haven't posted in a while. But I have been keeping up my gaming projects. On the workbench at the moment:

- ESCI Matilda II - (the original 1976 release) - this will join my BEF forces, once I figure out what I can use for the infantry. The Zvezda plastics look best for the BEF but so few poses...  might have to look at metals say EWM for this.
- Trumpeter Char 1Bis - very nice model, easy to build, now under-coated and ready for the paint job.
- Trumpeter Stug IIIB - another lovely model, very simple build that went together well, just needs the tracks sorted out, (they are rubber and while they fit beautifully, are currently resisting my attempts to glue them..). This one is set to join my early war and Barbarossa Germans.
- ESCI M12 155mm self propelled artillery - another original ESCI release, gorgeous model, all assembled and waiting paint. No idea what use this would be in Chain of Command other than as an objective but it's a lovely model.
- ESCI Jagdtiger - undercoated but still awaiting some real paint. Looking forward to this one.

I also managed to play a game of DBMM2 down at the club with Peter last week. Great fun as Polybian Roman took on Later Hellenistic Greek - fortified Built up Areas, sneaky flank marches and dleayed commands, Inert generals, flaming pigs, unusual troops stratagem.This one had it all.

Finally, back in the office today - and here's the little bundle of joy to greet me..  including the rare and OOP M-8 Greyhound 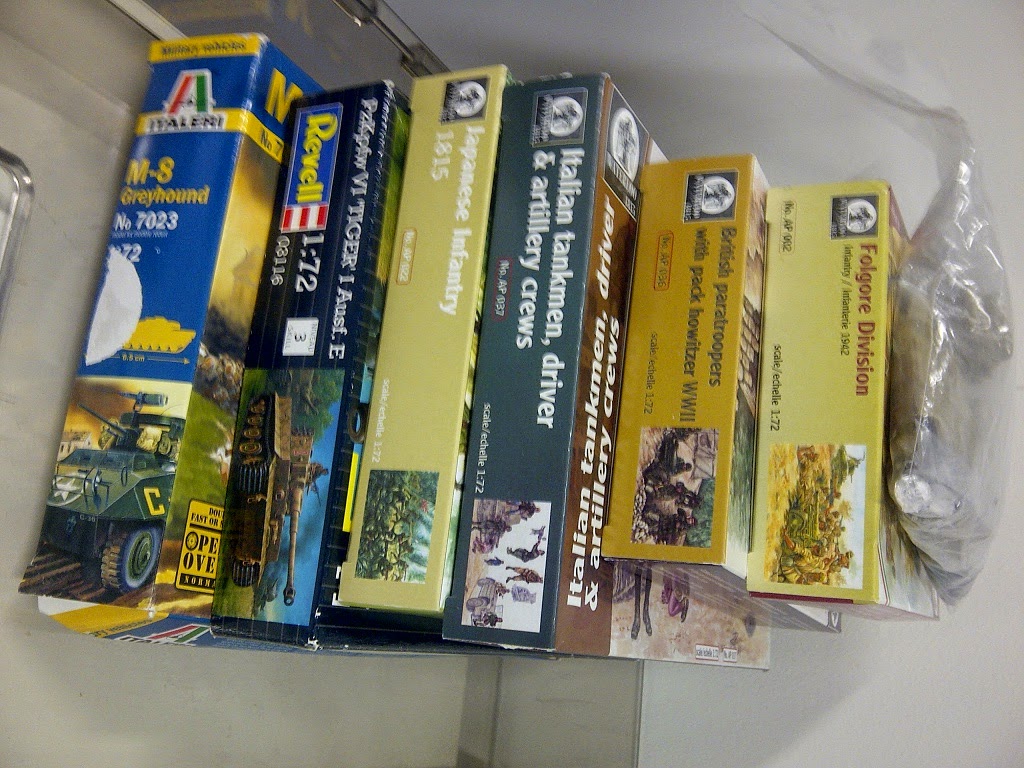