As I think I said before, I am no panzer groupie, and when I look at what I have been painting I have way more medium and light armour than the heavy stuff (as it should be). But the Chain of Command rules are designed so that most engagements will have at most one AFV.. very occasionally perhaps two lighter ones. I had lots of early and mid-war armour, and decided that as the Revell King Tiger kit was a good one, I should do that. Then Jason had a spare JagdTiger kit, so that went into the stash as well. The upshot..  two big cats. 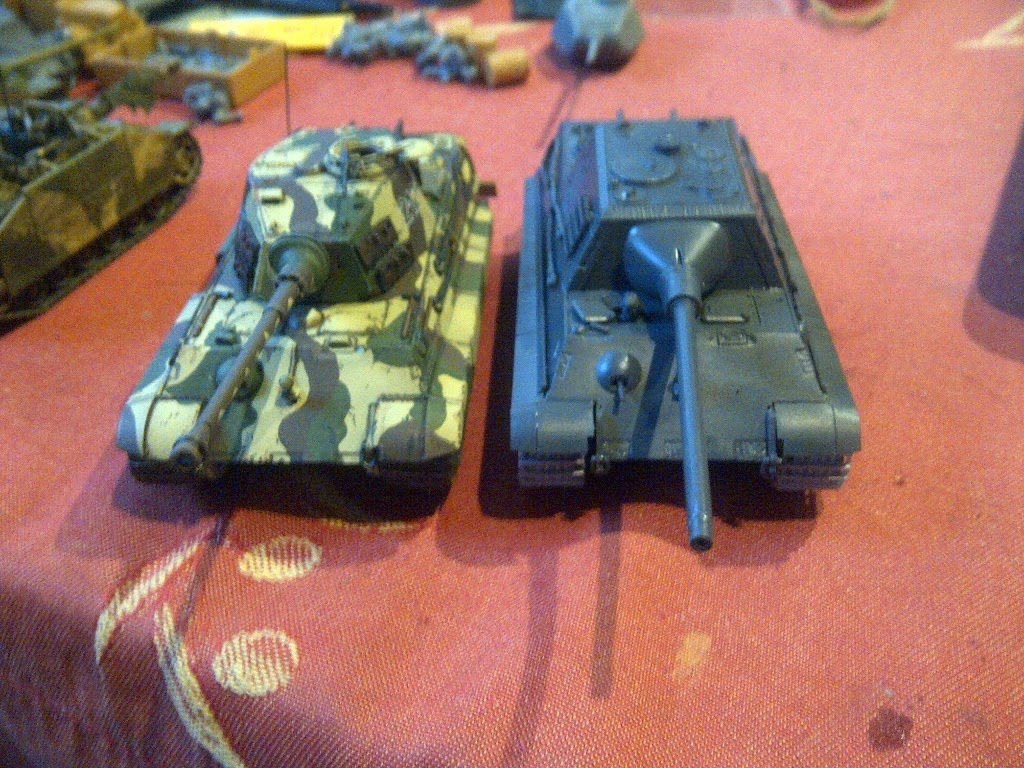 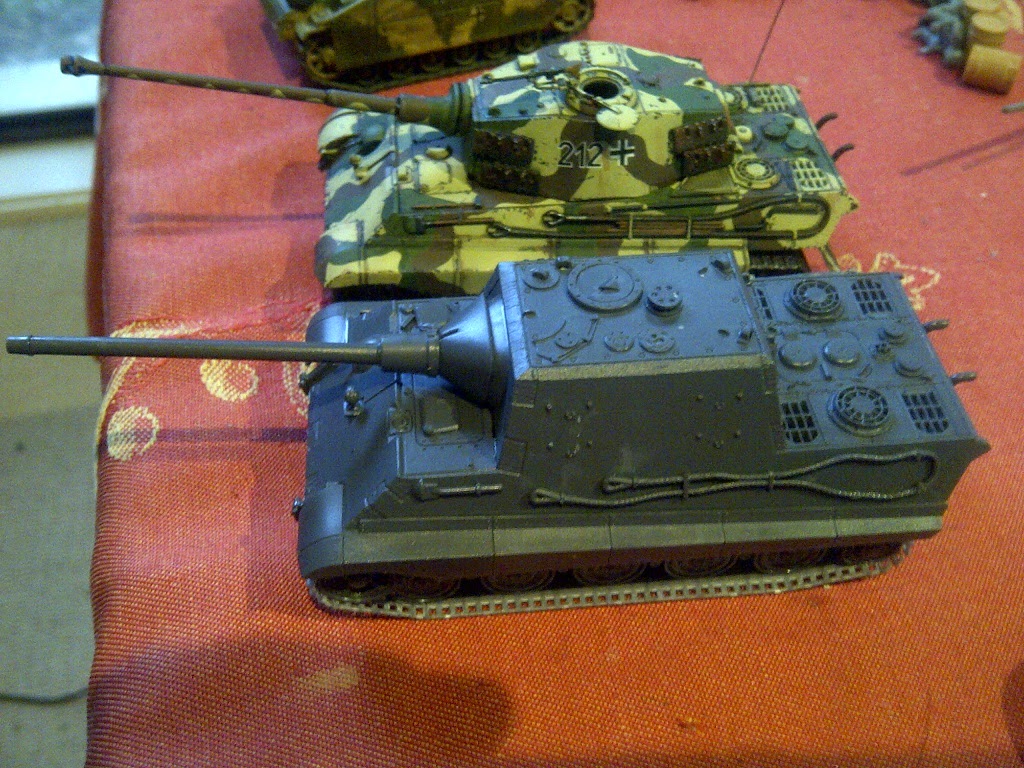 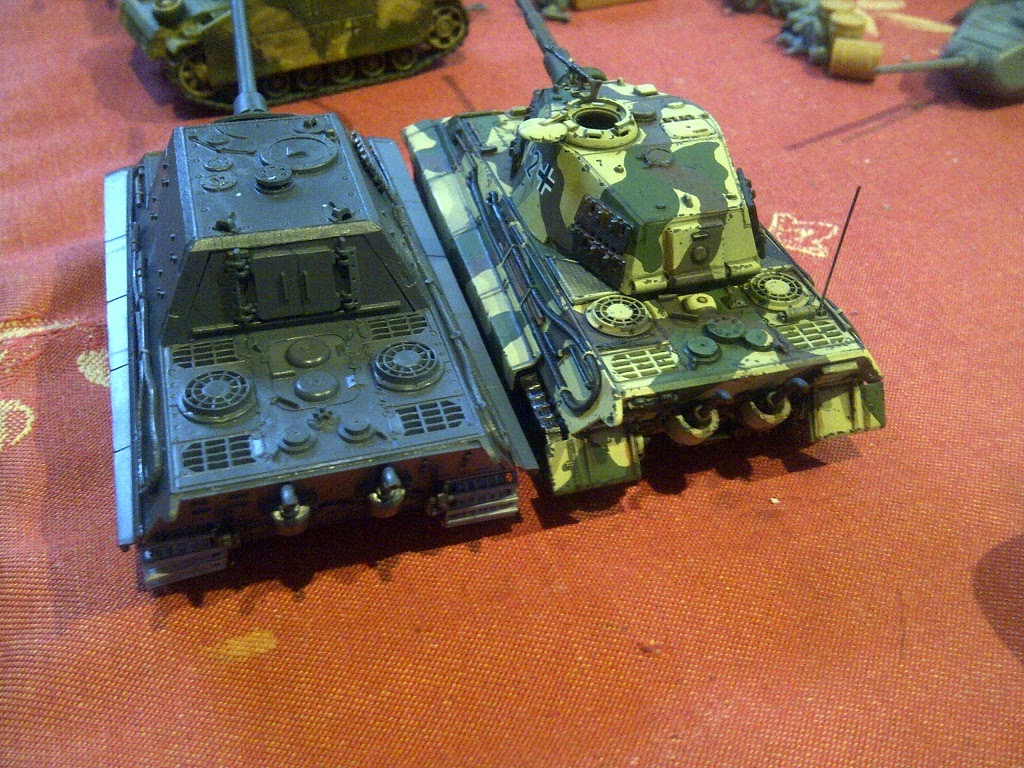 I intend to do the JagdTiger in a very late war 'Gotterdammerung' style red oxide and hasty camouflage. Should be at least a bit different and interesting.