Another unit for the Jacobites. This time 'Bagot's Hussars' also known as the 'Scotch Hussars'. They saw a lot of action in the '45, and were used extensively as scouts. They are by no means battlefield cavalry, but as the Jacobites were very short of cavalry, it's probably appropriate to model them, rather than a unit of FitzJames, which would be better than the Government Dragoons. It would be a little odd if the Jacobites had superior cavalry!
The figures, like virtually every other one in the army, are from Flags of War. The forces are creeping up in size.
The initial plan was:

This has now changed because I added in a few extras...

So progress is steady...
Here's the latest, plus a couple of mounted leaders, Colonel Anne MacIntosh and Lord George Murray. 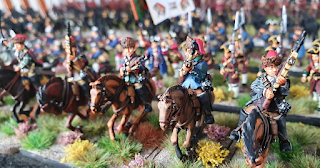 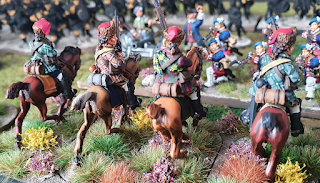 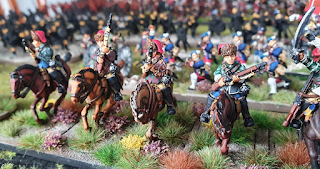 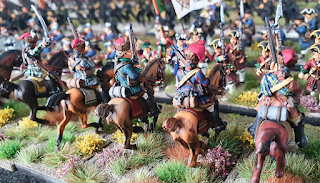 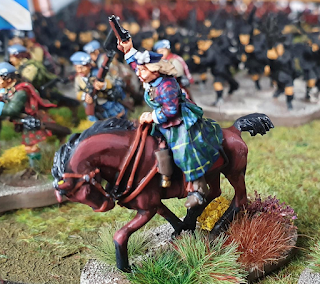 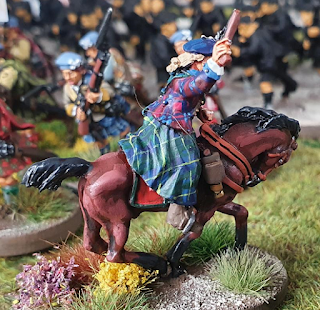 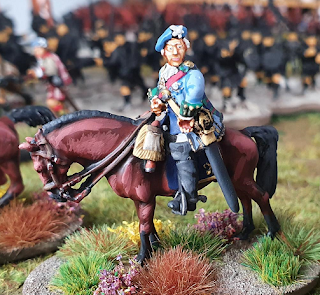 And here's the lot...  so far. Bottom right is the next group (12) of Highlanders that is underway. I must check in with Stiu to see how he is going with his 'Sausagemen'. 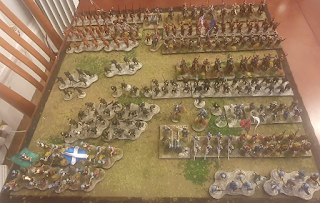