Having BKC & CWC, it seemed only natural to try their partner set for Future (Sci-Fi) combat, Future War Commander.


My first set were a bunch of (as yet unidentified) models bought cheap from some dodgy bloke down the Club...  (Apologies Dave). Which included a few walkers, a bunch of infantry, and some Armoured Personnel Carriers (APC). They are languishing in the study, as I got distracted, (ooh shiney!) by the Brigade Models South African Confederation models. Very Nice. So far they have been pretty successful.

I also lashed out some considerable funds, and bought myself a stupidly large amount of very beautiful, but pricey Dark Realm Miniatures Pax Arcadians. Beautiful minis, but still in the painting queue.

As a backup, if I ever feel like playing the bad guys, I also acquired a very large number of the GW slimey bug things.. which make excellent 6mm Aliens.

I will definitely be playing some more FWC soon.. and I am still looking for those elusive 6mm Model 577 APC and figures for my Colonial Marines. In the meantime, I did a bit of kitbashing, and came up with an approximation of a Colonial Marines Dropship. 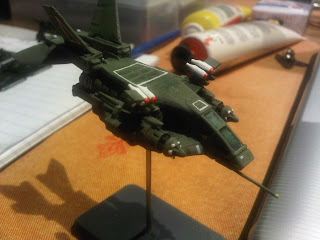 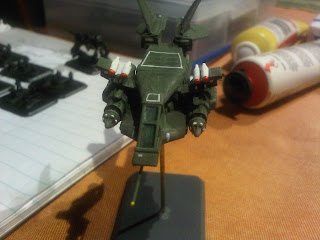 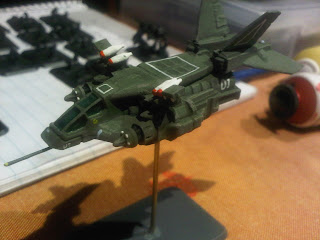